I have been working as a Head of Digital at an educational publisher for ten years now. We went through all the phases most publishers in the educational market go through: the preparation of Word and Powerpoint materials for teachers, the golden age of Flash and all the kitschy applications we created with it, and then all the way to the arrival of the enriched pdf book where you could add videos and interactive objects as hotspots of the page of your book (my-oh-my!).

Along the way came the web portals with teacher resources, online webinars, expert articles and with all the digital materials we were producing, of course, we had to strengthen our teams with programmers, experts in animation and multimedia and the middle-men (and women!) that acted as sort of couriers that transferred work and often translated messages between the digital and editorial teams.

As a Head of Digital that came to that position from being a textbook editor myself, I was sure everyone would be thrilled to have a digital team bring to life all the ideas authors and editors had about student’s and teachers materials for schools.

Sadly, after the original enthusiasm faded, it turned out no one was thrilled. 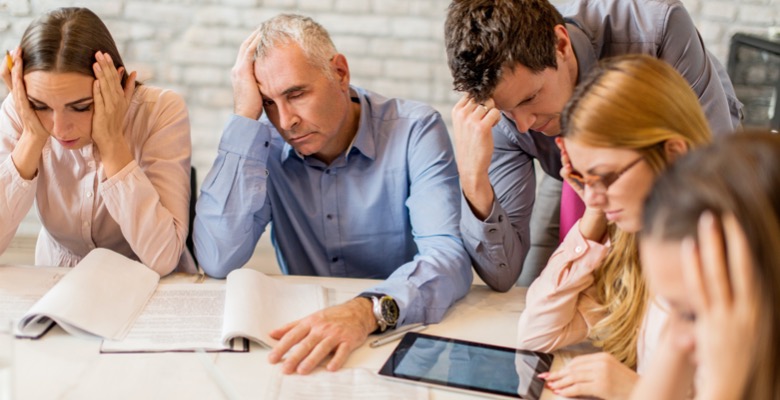 The teachers weren’t happy to embrace digital materials, as they were struggling with technology and infrastructure, the editors and authors felt the digital team wasn’t doing enough to bring their ideas to life and the digital team was frustrated with either repetitive or much to complicated tasks that in the end didn’t have the wow effect everyone expected.

To make things worse, as there was no clear model of monetisation, everyone had to focus on print editions first, and then after everything was done and everyone should’ve gotten their deserved rest, came the task of production of added digital materials. There was very little time, the content was imagined as printed first, and then the authors tried imagining what they could do with it to make it interactive.

They would describe their ideas and deliver them as word documents to someone who was then in charge of making them digital.

The authors were excellent at imagining textbook layouts, and they were keen users of advanced native applications or web projects such as Google Body (now known as Zygote body), so where was the problem?

Firstly, as the print editions authors and editors were raised to think in fixed layout, their ideas very often required spacing things in specific relation to each other, which is not something that is ideal for a responsive digital environment (It needs to go 2 cm to the left! we would hear), and at the same time they were used to incredible quality and features of high budgeted projects, and when the digital team tried to explain there was neither time, funds or infrastructure to do things the way they imagined, they thought the digital team just wasn’t willing to cooperate and was shooting down their ideas because they didn’t want to try hard enough.

So in the end, the digital team had to adapt author’s ideas the best they could and the result was disappointing to everyone.

The authors felt their ideas were absolutely ruined, and the digital team felt the ideas of author’s weren’t taking advantage of the digital medium to the fullest because they were in fact, envisioned for a different medium or environment. 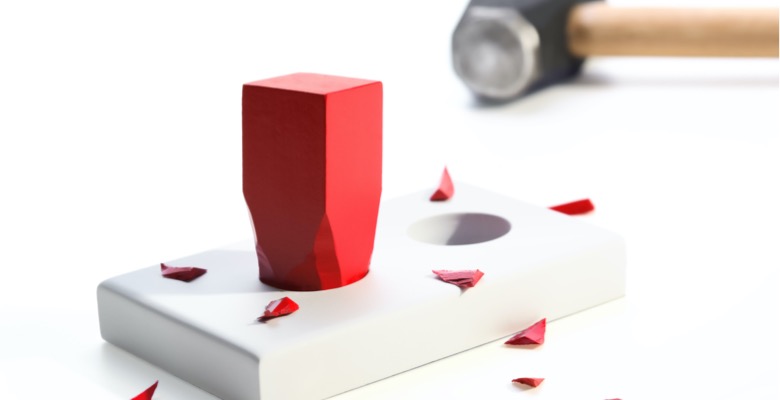 On top of that, every single change in the digital material had to go through a number of people before it could be implemented and there was so much back-and-forth that often resulted in miscommunications and misunderstandings (Remember that game of ‘broken telephone’ we played as kids, where everyone whispers what they heard..? Fun as it was when we were kids, it was no fun at all with approaching deadlines 😱) so that in the end, once the digital material was done, everyone was just relieved that it was over with, and the idea of changing or updating something was snuffed out violently, even if someone had it.

The obvious idea to resolve these issues was that if we had a tool with a human-friendly interface, everyone could work together, instead of just passing the work around in endless loops that cost us time, money and nerves.

The problem was that all the tools available either didn’t support all the content types and interactivity options that were needed, or they needed highly skilled, technical professional to use them – which brought us back to square one in our production process.

This is why, for the past few years, we’ve decided to roll up our sleeves, and created just that – an authoring tool that is actually friendly to authors, and empowered them to create by pouring their ideas into the tool and shaping them by available options. In this way, they would work on their ideas while still shaping them, not forcing them into a new format once they were already defined.

Even though some of the authors were a bit sceptical at first, and they felt that by creating this tool we loaded them with even more work (I mean, what are you guys in digital going to do now, anyway??!), they soon realised it actually enabled them to be independent, while at the same time it freed up the digital department that no longer had to create a thousand and one drag and drop object,to focus all the effort, time, money and expertise to create those cool objects everyone wished for.

The astonishing thing to me is that these days, when I talk about these issues with our colleagues in other countries, even though everyone is a bit reluctant to talk about problems they have, after a joke or two, it turns out that this is in fact quite a common situation, even though we don’t talk about it that much, since we feel we’re the only ones.

We think if we organise better, if we hire different authors, different editors, if we postpone the deadlines, things will surely be better the next time around.
What we found is that the problem is not you, it’s the process.

It’s the wrong foundation on which our production of digital content rests on today and that is that the digital production is something for that weird digital team at the end of the hall.

The moment we start moving away from this idea and start moving in the direction of collaboration with a tool that allows this in a controlled, efficient way, it’s absolutely incredible to see how the relationships and atmosphere at the office change, and where once you had a cold war, suddenly you see editors squeaking with joy the moment a new feature is released and hugging programmers in the hallway.

These days, we are looking for more ways we can collaborate, more ways in which editors and authors can steer our development path so that it suits their needs, instead of running to hide in the bathroom when we see them coming along the corridor. This change was in fact quite unexpected, but most welcome.

We use cookies to ensure that we give you the best experience on our website. If you continue to use this site we will assume that you are happy with it.AcceptPrivacy policy